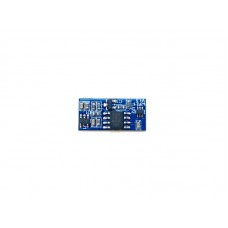 No matter if it is a PWM radio receiver on an airplane or a SBUS/IBUS/DSMX radio receiver on a quad, VIFLY Cam Switcher has the ability to take the signal from both of them via their advanced program. Not like other products to take the quad signal through the flight controller, VIFLY Cam Switcher connects to the receiver directly to minimizes transition time and get faster response.

Easy Setup and no Betaflight Configuration:

Though SBUS/IBUS/DSMX radio receivers on quads lack PWM channel outputs, VIFLY Cam Switcher can take the signal from the receiver directly through its own algorithm. It doesn’t depend on the flight controller and does not need to set the PINIO feature in Betaflight that the setting is very complicated for most of FPV pilots.

Compatible with Racing Quads and Airplanes:

VIFLY Cam Switcher is a smart accessory to take the signal from PWM receiver and SBUS/IBUS/DSMX receiver. Now you can easily switch the two cameras on racing drone or RC plane.

The size is super small, at only 9x18mm, it's also a great choice for micro quads and airplanes. The weight is 0.5g that almost has no impact on high performance models.